“It is not bigotry to be certain we are right; but it is bigotry to be unable to imagine how we might possibly have gone wrong.” G.K. Chesterton
C January, Australia caught on fire. I don’t even know if that fire was put out, because we straight up almost went to war with Iran . We might actually still be almost at war with them . I don’t know, because Jen Aniston and Brad Pitt spoke to one another at an awards show and everyone flipped the crap out , but then there was this thing happening in China, then Prince Harry and Megan

peaced out of the Royal family, and there was the whole impeachment trial ‍

, and then corona virus showed up in the US

“officially,” but then Kobe died and UK peaced out of the European Union.

In February, Iowa crapped itself with the caucus results and the president was acquitted and the‍Speaker of the House took ten. Whole. years. to rip up a speech , but then The‍ WHO decided to give this virus a name COVID-19, which confused some really important people in charge of, like, our lives, into thinking there were 18 other versions before it, but then Harvey Weinstein was found guilty‍

, and Americans started asking if Corona beer was safe to drink ‍

who just knew the flu like killed way more people than COVID 1 through 18.

In March, stuff hit the fan. Warren dropped out of the presidential race and Sanders was like Bernie or bust , but then Italy shut its whole country down , and then COVID Not 1 through 18 officially become what everyone already realized, a pandemic and then a nationwide state of emergency was declared in US , but it didn’t really change anything, so everyone was confused or thought it was still just a flu ‍

, but then COVID Not 18 was like ya’ll not taking me seriously? I’m gonna infect the one celebrity everyone loves and totally infected Tom Hanks, get y’all to close all of the schools so y’all can appreciate teachers ‍ for once (because you can’t teach them anything other than how to use a touch screen‍

) close down all of salons so you can’t get your ‍

hair or your nails done , everyone had to work from home and attend Zoom meetings in their underwear. The DOW took a crap on itself, and most of us still don’t understand why the stock market is so important or even a thing (I still don’t), We were then all introduced to Tiger King and the ONE thing we can all agree on this year , Carol totally killed her husband

..... whacked him! And then Netflix was like you’re welcome, and we all realized there was no way we were washing our hands enough in the first place because all of our hands are now dry and gross and were all searching for lotion now.

himself out of the presidential race , but then NYC became the set of The Walking Dead and we learned that no one has face masks , ventilators, or toilet paper, or THE FREAKING SWIFFER WET JET LIQUID , and by now our outgrowth is showing, so there’s a shortage on box hair dye and all of our hair dressers are like , NO DONT DO IT!!! But, then Kim Jong-Un died, but then he came back to life … or did he? Who knows, because then the Pentagon released videos of UFOs and nobody cared, and we were like man, it’s only April….

In May, the biblical end times kicked off , historical locust swarms, we learned of murder hornets and realized that 2020 was the start of the Hunger Games however people forgot to let us know. people legit started to protest lockdown measures with AR-15s,

sports events were cancelled everywhere. But then people all over America finally reached a breaking point with race issues and violence. There were protests in every city ,which was confusing to some of us because people were definitely gathering in crowds of more than 10 and for sure closer than 6 foot away

from each other . Those people must have forgotten about the pandemic called COVID Not One Through 18. Media struggled with how to focus on two important things at once, people in general struggle to focus on more than one important thing. A dead whale was found in the middle of the Amazon rain forest after monkeys stole COVID 1 Through 19 from a lab and ran off with them, and either in May or April (no one is keeping track of time now) that a giant asteroid

June, science and common sense just got thrown straight out the window and somehow wearing masks became a political thing, but then everyone sort of remembered there was a pandemic, but then decided that not wearing a mask was somehow a

God given right (still haven't found that part in the bible or even in the constitution). then ‍scientists announced they found a mysterious undiscovered mass at the center of the earth, and everyone was like ‍

DON’T YOU DARE TOUCH IT, but then everyone took a pause to realize that people actually believed Gone With The Wind was like non-fiction, but then it was also announced that there is a strange radio signal coming from somewhere in the universe that repeats itself every so many days , and everyone was like DON’T YOU DARE ATTEMPT TO COMMUNICATE WITH IT

but then America reopened from the shut down that actually wasn’t even a shut down, and so far, things have gone spectacularly .... not that great . All of the Karen’s came out at once, and people started tearing down statues. Everyone is on Facebook arguing ‍

that masks kill because no one knows how breathing works , but then Florida was like hold my beer and let me show you how we’re number one in all things, including new Not Corona Beer Coronavirus. Trump ‍

, but then we learned there was a massive dust cloud

coming straight at us from the Sahara Desert , which is totally normal, but this is 2020, so the ghost mummy thing is most likely in that dust cloud. We then learned of meth-gators , and I'm like that is so not on my flipping 2020 Bingo card can we use it as the free space?? Then we learned that the Congo's worst ever Ebola outbreak is over , and we were all like, there was an Ebola outbreak that was the worse ever? ....... and don’t forget we just discovered FLYING SNAKES! , seriously! FLYING SNAKES!!!!

Asteroids? Artificial Intelligence becomes self aware? Can it just be something cool or fun for once? Maybe even a good laugh , like hahaha April Fools! We all actually wouldn’t mind that joke at this point.

Also, who knew about the whale in the Amazon?! 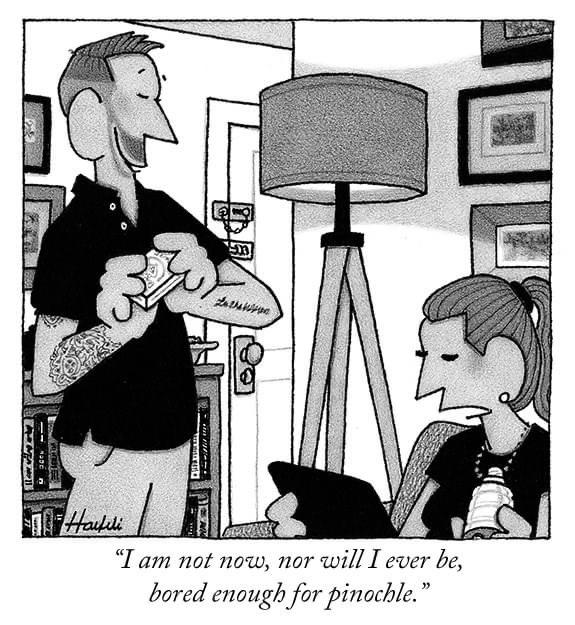 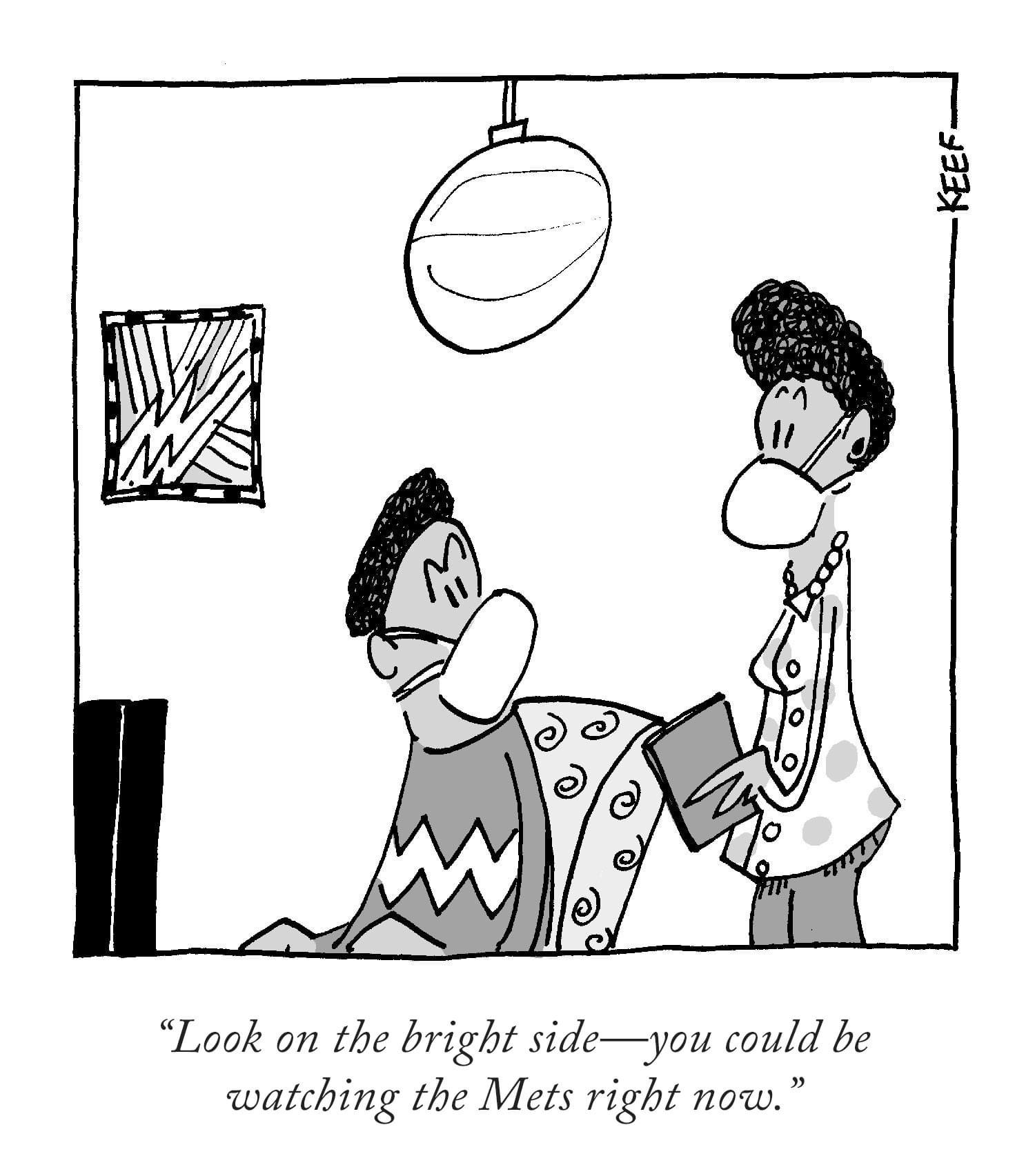 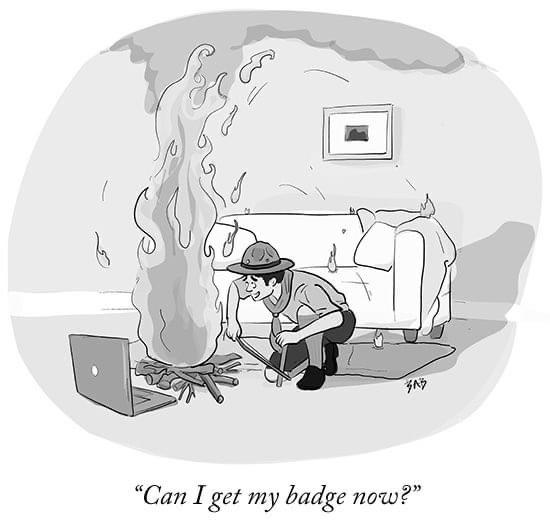 My favorite kind of meeting

Sent from my iPad using Tapatalk
Click to expand...

“virtual camping” has really been a thing for BSA since April. Okay this is just genius. Says anyone who's ever had the AC in their car die in the heat of the summer and either couldn't afford to get it fixed or had to wait to get their car in or for a part to get in. This hits too close to home, as my mechanic's been working on one of our car's AC.
He had to completely disassemble the dash to get to the evaporator coil + heater core.
.... At least my monthly CC bill will close before it's done.
.
2020 Travel Plans:
Marco Island, Gatlinburg & Park City, UT
2021 Travel Plans:
Orlando, Holmes Beach, FL & Gatlinburg

Hope you can see these. Priceless. Called something like "reasons you made your kid cry".

It finally happened to me today, I knew it would eventually, but I was ready. I came out of Target with my mask on and keeping six feet distance to everyone, pushed my cart to my car, all the while wearing my mask. A woman was getting out of her car next to me with no mask. As I'm putting groceries into my car she says, "Let me guess - you're a liberal. Cause that mask ain't gonna do anything for you except make you look stupid ." In anticipation of this happening, because I figured it might someday, I already had a response ready. I said "Look, I woke up with a temperature of 102 this morning (I didn't) plus I work around hundreds of people in close quarters (I don’t) so this is for your protection, not mine. How about I take it off and we hug like old friends?" I stepped toward her and acted as if I was taking off my mask. She stepped back away from me and went across to the next row of cars. I followed her, she kept walking away, I chased her, she ran... She fell down. I grabbed her foot. I pulled on her leg.
Just as I’m pulling yours ...

Tank said:
It finally happened to me today, I knew it would eventually, but I was ready. I came out of Target with my mask on and keeping six feet distance to everyone, pushed my cart to my car, all the while wearing my mask. A woman was getting out of her car next to me with no mask. As I'm putting groceries into my car she says, "Let me guess..."
Click to expand...