The following report and pictures were were sent to me by Tugger, Richard Kiker. - Thanks!

Although I am not a TUG Member (yet), I am a SVO 4 Star Elite member vacationing at WPORV this week, and I thought the SVO Tuggers might be interested in this and maybe you would like to post it.
Princeville's Grand Opening Party was held tonight, and it was quite a big affair for SVO owners, guests, and the local community. It appeared that there was more than 300 guests in attendance. Additionally, it was a fund raiser for the Kauai Food Bank (guests were asked to bring canned goods). The party was held on the grassy area just past the main pool. The main party tent easily had table seating for 250+ people along with a stage. There were other tents with free beer and wine and food. Also, WPORV invited local farmers and vendors who have an ongoing part in the operations. Much of the food purchased for the resort is from local farmers. From the beginning, WPORV had made a commitment to be involved in the local community and purchase locally grown items from the nearby farmers.

I have attached 5 pictures from the party.

Picture 1 is of a local hula group, which opened the festivities. 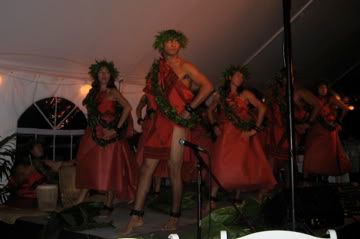 Picture 2 is of a lady from a nearby church giving the opening. Evidently, she has been here several times since the very beginning of the development to bless the resort. Behind her from right to left are: Denise Wardlow, General Manager of WPORV; Keith Oberstam (the last name is probably not correct), Starwood SVO SVP Operations; and another Starwood SVO employee. 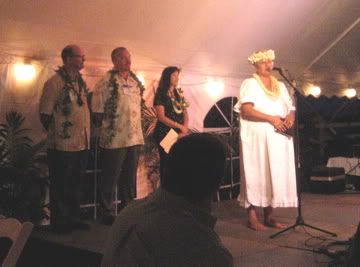 Picture 3 is of Starwood SVP Keith O. addressing the audience. 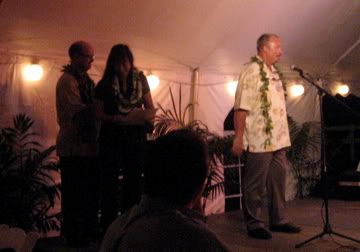 Picture 4 is the presentation of a $5,000 check from Starwood/WPORV to the Kauai Food Bank. WPORV asks guests if they have any unopened food items at the end of their stay to leave them fordonation to the food bank. The GM stated that WPORV is averaging about 100 pounds of food in donations to the food bank each week. 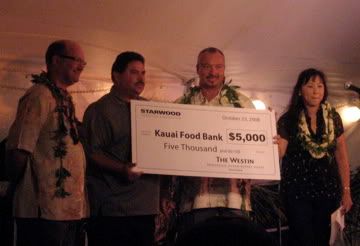 Picture 5 is of Hawaiian singer and guitar player Makana. He specializes in playing slack key guitar, which sounds like a blend of Hawaiian with a Latin/Spanish/flamingo flare. Makana has several CDs out and has opened for some major groups around the world. Prior to him coming on, a local Hawaiian group played a set. 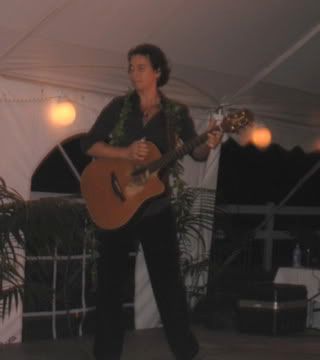 The whole party was filmed so maybe it will be put out on MyStarCentral, although no mention was made of it.

Overall, the Grand Opening Party appeared to be quite a success.