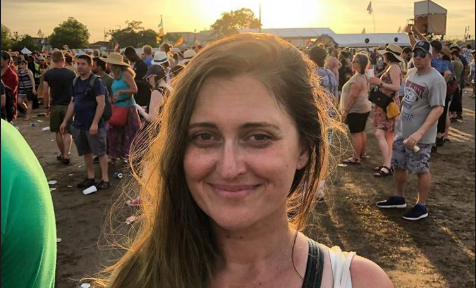 She tested for coronavirus, and her results were delayed. Five days later, she was dead in her kitchen.

Very young. Article does not say if she had any medical issues. Just wondering. Scary.

Sounds like she let it go too long after the initial visit. Happens like this with pneumonia. Sometimes you just can't bring someone back when their lungs are compromised. This is why this stuff is serious.

New Orleans emerges as next coronavirus epicenter, threatening rest of South
"Mardi Gras ... fell on Feb. 25, when the virus was already in the United States but before ... national leaders had raised the alarm with the American public."

Remarks by President Trump in Press Conference | The White House

ITC Maurya New Delhi, India 12:55 P.M. IST THE PRESIDENT: Thank you very much. Please. So we had a couple of really great days in India. Prime Minister Modi is a terrific man. He’s a terrific leader. And we have a lot of things going in terms of product being purchased by India. We just …

Roosevelt House New Delhi, India February 25, 2020 3:34 P.M. IST PRESIDENT TRUMP: Thank you, everybody. Thank you very much. (Applause.) Please. Please. It’s an honor to be with you. I have a whole big, beautiful speech to give, but I just gave two of them, and I thought we’d do, maybe, a...

www.whitehouse.gov
Last edited: Mar 26, 2020
... the sun does not go round the earth,
... man's no centre of the universe;
And working in an office makes it worse.
Auden

Coronavirus was on our radar and we predicted outbreaks here in the US in January. But we thought there was time. And we thought New Orleans would still be safe during Mardi Gras celebrations. So we went to NOLA for our annual fixed week, fixed unit pre-Mardi Gras week at Avenue Plaza. Little did we know it was already spreading in NOLA. We had no idea! We just did not think it had that far of a reach yet - New Orleans doesn't have a strong connection to China and we just thought it would hit SF and NY and move to the rest of the nation a bit more slowly. Turns out that Mardi Gras was a "super spreading" event. Tons of people got it during the Mardi Gras parades. Plus, 2 people got hit by parade floats and died this year too. What a tragic Mardi Gras was 2020. I'm kind of in shock about it all. New Orleans just can't catch a break - tragedy after tragedy for 300 + years.
Scheduled Vacations: Who knows anymore? Coronavirus is killing them.
Recent Vacations: New Orleans LA, , Denver CO, Carlsbad CA, Kanab UT, Williamsburg VA,
You must log in or register to reply here.
Share:
Facebook Twitter Reddit Pinterest Tumblr WhatsApp Email Link
Top