LOS ANGELES (AP) — A family spokesman says actor James Farentino, who appeared in dozens of movies and television shows, has died in a Los Angeles hospital. He was 73. Family spokesman Bob Palmer says Farentino died of heart failure after a long illness at Cedars-Sinai Hospital on Tuesday.

Farentino starred alongside Kirk Douglas and Martin Sheen in a 1980 science fiction film "The Final Countdown." Farentino also starred opposite Patty Duke in 1969's "Me, Natalie." He also had recurring roles on "Dynasty," ''Melrose Place," ''The Bold Ones: The Lawyers" and "ER."

.
.
"I didn't come this far to only come this far, so I've still got further to go."
-- Tom Brady, Quarterback

I had a HUGE crush on him back when he was on "The Bold Ones"
Laura B
Summit Hillside at Massanutten, Woodstone at Masssanutten
Hard Rock Legendary 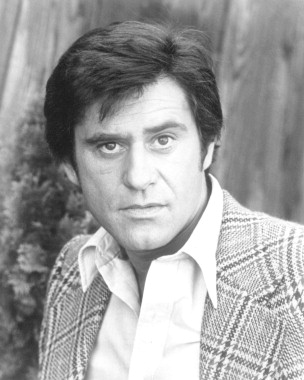 That's where I saw him too, and now I can't even remember the plot of the show.
"There's no them. This is what everybody does: make a distinction about them. It's just us." Ken Burns
You must log in or register to reply here.
Share:
Facebook Twitter Reddit Pinterest Tumblr WhatsApp Email Link
Top