“Princess Cruises officially kicked off its new season of Mexican Riviera cruises this week, part of a wider push on the West Coast.

Royal Princess is a MedallionClass ship powered by the OceanMedallion, a wearable device in the global hospitality industry, delivering a personalized vacation that gives guests more time to enjoy what they love most about cruising.

Features aboard Royal Princess include the large atrium or “Piazza,” offering entertainment and culinary delights; the overwater SeaWalk – a 60-foot-long glass walkway standing 128 feet above the ocean; an expansive Lotus Spa and adults-only Retreat Pool and Sanctuary.

It’s part of a growing trend of cruises fro the West Coast, as more cruise lines, from Princess to Carnival to Holland America, expand their cruise operations in California.“ 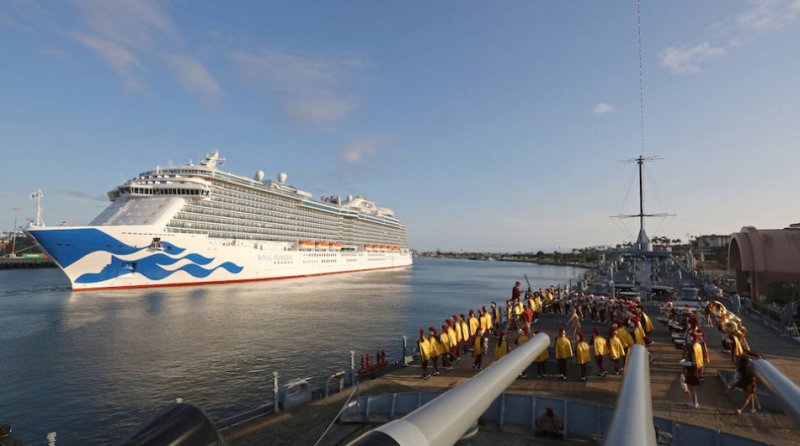