NH old man of the mountain 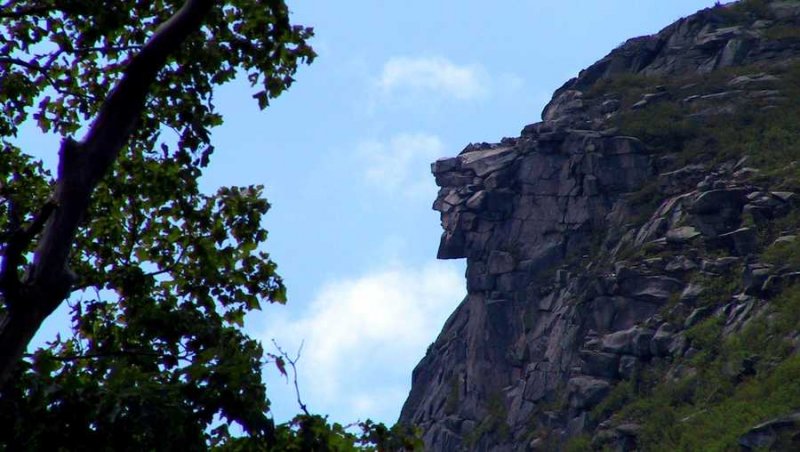 I've been vacationing in the White Mountains since the mid-1980's. The area has changed quite a bit since then and in some ways I miss the old area in and around Lincoln. The old man is gone and a couple of good old men, Ed and Murray Clark also departed in 2009 and 2010 respectively. Murray did the bear show at Clark's trading post for 54 years and I must have been to about 20 of them. Now his son Murray does the show with help from his sister Maureen. Old Murray once said that you haven't lived until you've raised bear cubs in your kitchen.
T

The 50 States Quarter program issued the New Hampshire quarter in 2003 which clearly displayed the vivid image of that once famous rock formation.

The Federal Government issuance of this coin called attention and publicity of the Old Man more so than a Post Card or Stamp could ever have done.

This coin has the phrase "Old Man of the Mountain" which is inscribed into the image itself. Most American coins have raised lettering, so the inscription into the coin is very unusual.

I remember this coin was once quite common in change, but after May 3rd, 2003 (date of collapse) folks seem to have begun hoarding them as finding them in change suddenly became difficult. They became a collectors item after the collapse.

New Hampshire should be proud of this quarter. After all, if the collapse had occurred in 1999 then this particular image on the New Hampshire quarter would never have have been used.