HELP! I am hooked on this site!

I haven't even closed on my timeshare yet, I cannot log onto II or RCI, or look up any getaways or bonus weeks or ACs or any of the other acronyms I have learned about on this site but I am becoming obsessed! I find myself looking forward to coming down in the morning and checking the new posts!! I feel I am getting to know the regulars. I talk about timesharing non stop! My husband or I should say my DH thinks I have gone mad!

But I think you have to be a little compulsive to do timesharing well. It looks like it takes perseverance bordering on addiction to get good trades and work out schedules to vacation well. Do you agree?

Welcome. There is a world of tips and information available on this site (plus the unique ability to ask questions and get useful answers). In answer to your question, yes! There is a method to successful timesharing so keep reading and don't forget to use the SEARCH function!

I agree but isn't it a fun way to be compulsive ! Welcome !

It does indeed get worse...

Now that I own all the weeks I can afford, I've switched to talking others into getting good buys and living vicariously through their purchases!

Welcome to the madness!

I think were all hooked.

It's a great site with so much needed info for all of us that are just beginning.

This is a great site, with wonderful, helpful people. I wish I would have found it before that 1st purchase. There is a wealth of information here.

I am not sure which is more addicting, timesharing or TUG.

Tug is a great place with great people.

Hi My name is charford and I'm a TUG addict. I first started reading TUG about 10 years ago. It was the first bulletin board I read. Although I have experimented with other bulletin boards, I keep coming back to TUG. It has been an hour since my last timeshare purchase. 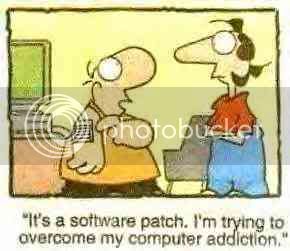 Some of these responses got a chuckle...they are great


If you enjoy the TUG website/forums or found value in the information you learned from TUG please click here to "recommend" us on Facebook as it helps other owners find us on the internet!​

dms1709 said:
This is a great site, with wonderful, helpful people. I wish I would have found it before that 1st purchase. There is a wealth of information here.

So nice to know I am not only one. I was beginning to wonder.

Have you seen my number of posts. Yes, this is the true number and is not a misprint.

I think it's time for Steve to dig out his initial response when I was concerned about this several years ago.

I am a definate vacation, Tug, Timeshare addict.....my family already knows I have gone over the edge, oh well it could be worse....

Welcome to the addiction!!!

not sure how to delete a duplicate post so I am trying this...I am having problem with this site at present...so be back later
Last edited: Nov 12, 2008

yea...sorry about that...apparently the tech doesnt understand the whole 2am to 6am thing.


If you enjoy the TUG website/forums or found value in the information you learned from TUG please click here to "recommend" us on Facebook as it helps other owners find us on the internet!​

3kids4me said:
I think it's time for Steve to dig out his initial response when I was concerned about this several years ago.
Click to expand...

Do you mean this one? It's a bit dated because some of the people referenced have moved on. But overall it still works.

The infection has a well-defined pathology.

In the initial infection stages, the victim becomes noticeably anxious and stimulated as the bug spreads throughout the body The victim excitedly makes travel and vacation plans, but this excitement is accompanied by bewilderment as the victim becomes overwhelmed by the pervasiveness and variants in the timeshare bug world-wide. Some confusion and doubt is also typical at this stage as victims wonder what is happening to them and have doubts about whether they made the right decisions. Sleeplessness, accompanied by long hours of looking on line for exchanges, is also common at this stage. Sudden urges to buy more timeshares may also appear at this stage, especially if the victim has been exposed to one of the South African versions.

After several months the symptoms moderate, and the infection becomes a lower grade, chronic infection. The confusion and doubt always diminish in this stage and are the best evidence that the infection is moving into a chronic state. Even after reaching a chronic state, however, the infection periodically flares up into a highly active and visible form, often at least once or twice per year. The more vacation time the victim has available, the more frequent and severe the flare-ups are likely to be.

Research has shown that the mode of transmission for the timeshare bug is via a process called "exchanging", and this occurs in two distinct steps. The process is initiated when the victim" makes" an exchange. This is often accompanied by a sudden burst of happiness, sometimes reaching euphoria. Sometime after the exchange is made, the person usually travels to a distant location to "complete" the exchange. This process usually lasts for about one week. As the exchange is completed, the person usually experiences deep satisfaction. At this time the infection is often transmitted to family members and friends of the victim who are present during the exchange.

Secondary flare-ups can also occur at any time independent of the exchanging process. These are often accompanied by such behaviors as buying or selling of timeshares. These secondary flare-ups are easily triggered by messages from other carriers of the infection. A single message on a BBS has been known to cause simultaneous frenzied buying of timeshare by infected individuals.

Several clear variants in the pathology of the disease are recognized. In Harper's Condition the victim engages in uninterrupted exchange completions lasting as long as four or five months. Fletch's Disorder manifests itself in the continual buying and selling of timeshares, frequent exchange completion, and uncontrollable urges to transmit the Marriott and Royal strains of the bug. DeSchryver’s Syndrome is a particularly strong variant. A victim with DeSchryver's Syndrome manages to maintain the euphoria of the initial stages of the disease almost uninterruptedly into the later stages. A DeSchryver case will also obsess in searching for the timeshare that is the ultimate combination of low cost and high exchange power, and will buy, sell and test timeshares continuously in pursuit of that goal. The DeSchryver also uses the excitement associated with that pursuit to amplify the other pleasurable aspects of the timesharing infection.

There is no known cure for a timeshare infection; nor is there any reason to try to cure the infection since it actually is beneficial. In addition to the pleasurable symptoms described above, many of the victims report lowered stress, happier family life, and increased mental stimulation due to the infection. The only recommended treatment is frequent interaction with a support group comprised of other infected individuals. The TUG remedy has been documented to be the most effective mode of treatment.
Click to expand...

This seems like as good a time as any to blow the dust off the covers and bindings of the TUG songbook:

Well stayin’ in timeshares is really pretty grand,
Whether you’re traveling the US or in another land
Listen to this song and then you’ll understand.
Thank God I'm a timeshare guy.

CHORUS:
Well I got me a fixed week, I got me a floater.
I can go to England and be a narrow boater;
Or fish a lake in northern Minnesota
Thank God I'm a timeshare guy.

A timeshare kind of trip is a tonic anytime
While traveling with your family it really works fine
With a bedroom for the kids it’s truly joy sublime
Thank God I'm a timeshare guy.

When I come home from work and the sun's setting low
I get online to find places we can go.
Then I go visit TUG ‘cause there’s always more to know
Thank God I'm a timeshare guy.

I'd search for trades all day if I could,
but the lord and my wife wouldn't take it very good.
So I travel when I can and I work when I should:
Thank God I'm a timeshare guy.

I wouldn't swap my weeks for tickets or cruises,
I check with my wife and she always refuses
We just keep our week and forget those other uses:
Thank God I'm a timeshare guy.

Yeah other folks stuck in the old hotel scene
Lots of other people think that's mighty keen.
Well, folks let me tell you now exactly what I mean:
I thank God I'm a timeshare guy.

CHORUS:
Well my timeshare does have big yearly fees,
But I get condo suites that always seem to please,
Way better than those rooms of Travelocity’s,
Thank God I'm a timeshare guy.
CHORUS:

Well, our weeks are all deeded so we’ll have them till we die
And when we’re gone our kids will get them by and by.
We’ve said: Plan lots of trips and enjoy the sea and sky
I thank God they’re timeshare guys.

My TUGger friends taught how to buy and how to trade.
They taught me how to swap and how to upgrade
They showed me that with timeshare you’ve really got it made.
Thank God for those timeshare guys.

FINALE:
Well I got me a fixed week, I got me a floater.
I can go to England and be a narrow boater;
Or spend a week in Northern Minnesota

Last edited: Nov 13, 2008
“It is not bigotry to be certain we are right; but it is bigotry to be unable to imagine how we might possibly have gone wrong.” G.K. Chesterton

Steve, I just love that one. Thanks for bringing it back again for all the newbies and for a nostalgic chuckle from my first days on TUG.

rickandcindy23 said:
Steve, I just love that one. Thanks for bringing it back again for all the newbies and for a nostalgic chuckle from my first days on TUG.

I miss Hatrack, doesn't everyone else miss him?
Click to expand...

Oh me too, that was awesome and I have all those diseases....but as you say they are beneficial...yippeee!!!

I can't wait till my infection spreads:hysterical:

Thanks for the laughs everyone! I am glad I found you:whoopie:

We are all TUG addicts...
You only ever get one life - so don't wait, live it now!
B