It is embarrassing to admit but my husband and I are professionals with advanced graduate degrees. However, we bought into Bluegreen I think we made a mistake. It became very evident when we had to cancel a planned vacation for the mountains and staying a day or two at a beach. Well, now we have loads of points that we cannot use because they will only be good in off seasons. When I called a woman was very pleasant at first but became belligerent when I began questioning. My husband has contacted a local attorney who is going to vet the beat attorney for the process of getting out of our contracts. It will be between 6-12 thousand dollars to be free and clear of the contract. If you have any advice let me know. We have sent two emails with no response.

Timeshare sales contracts are ironclad, you signed it. You could get Alan Dershowitz, it won’t do much good wasting money on attorneys.

Try the TUG advice for disposing of it: 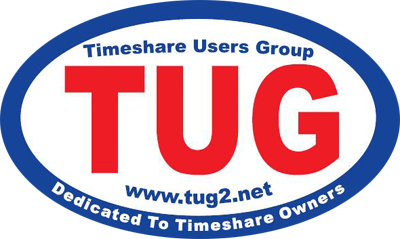 Free options to get rid of an unwanted timeshare

how to get rid of your unwanted timeshare ownership for free
tug2.net

SmithOp said:
it won’t do much good wasting money on attorneys
Click to expand...

This advice is spot on. Please take some time to read the various forum topics and you will quickly learn that all the lawyer will do is provide you with a very large bill to do exactly what you can do yourself, and you will still have your TS in the end.

Do you have a mortgage or loan outstanding on your TS? If so there is very little you can do other than learn how to use it effectively. If theTS is free and clear, there are ways to get rid of it but as is commonly stated, you purchased it for a reason. Perhaps learning the Bluegreen system and how it can work for you might revive those reasons for you and give you an opportunity to enjoy it.
I may not know where I'm going but it sure is fun getting there.
You must log in or register to reply here.
Share:
Facebook Twitter Reddit Pinterest Tumblr WhatsApp Email Link
Top