‘I Have Waited 68 Years to See This’: How Honor Flights Help Veterans Reflect

‘I Have Waited 68 Years to See This’: How Honor Flights Help Veterans Reflect
https://www.nytimes.com/2019/11/11/us/politics/honor-flights-veterans.html

“In 2004, shortly after the national World War II Memorial was completed, Earl Morse, a retired Air Force captain working at the Department of Veterans Affairs clinic in Springfield, Ohio, realized that many of the veterans he knew would never get to see it.

So he persuaded pilots at his local flying club to ferry a handful of veterans to Washington on small planes, and accompany them to the National Mall.

From there blossomed an entire organization, known as the Honor Flight Network, which since 2005 has carried nearly a quarter-million veterans of World War II and the Korean and Vietnam Wars to Washington....” 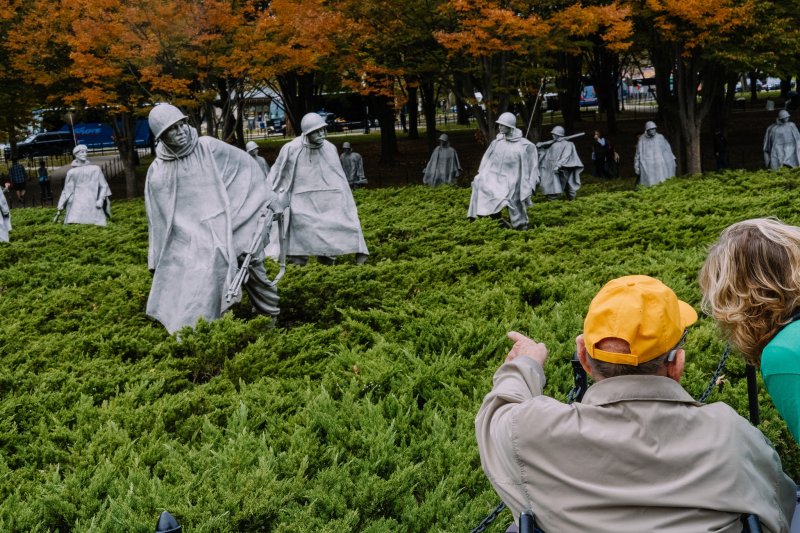 My father-in-law was sent on an honor flight this year. He was a vet of WWII, Korea (several tours, including at the infamous Chosin Reservoir), and VietNam. The honor and dignity shown to our vets was beautiful, awe inspiring, touching. Honor guards at the departing and arrival airports, police escorts, etc.

It's a worthy organization, and has made its way onto our charity list. Thank you for posting this. And deep-felt thanks to all our vets.
Bob

A truly worthy organization. My Father-in-Law answered his final Reveille in 2012 at age 95, after serving veterans since he returned from WWII in 1946. He was VFW Post and State Commander multiple times. He missed the opportunity to see the WWII memorial on the Capital Mall, but was instrumental in making it a reality. I saluted it, and him, on my last visit there. I helped giude some WWII vets there, and was in turn honored by newer vets when I visited the Vietnam 'Wall' Memorial.